Miloangelo Adamo - Born in Bensonhurst, Brooklyn,  Miloangelo started singing before he could talk. The story goes that at the age of 14 months he was heard humming in his crib. In the third grade he was sent home with a note from his teachers saying that when called on to answer a question he would sing his answers.
Formerly represented by the William Morris Agency, Miloangelo toured and played Night Clubs & Dinner Clubs, and recording studios all across the U.S., for over 25 years during the 50’s, 60’s and 70’s, from Las Vegas to New York and many gin mills in between.
On the famed “Vegas Strip” he’s played and sung with all the top performers from Tony    Bennett to the The Mary Kay Trio, to Louie Prima. He was a regular at Frank Sinatra’s club “Puccinni’s”, in Beverly Hills. He’s recorded with MGM Records, Vee Jay Records, Imperial Records, Backroom Productions, Eujanee Records, etc., etc. He’s sung and recorded with Les Baxter, The Billy May’s Band. Miloangelo has written numerous live stage musicals “America I Love You Anyway”, “Ole L.A.”, he wrote the Libretto and Lyrics for the award nominated stage production “Star Crossed Lovers” (a musical Romeo & Juliet). He wrote the title song for the film “Joysticks”. He wrote all the songs and lyrics for “The Waldorf Salad” an early group with the Melvoin twins, who later became back-up musicians for Prince, in his group known as “The Revolution“. Miloangelo has written over 600 songs and his tunes have been recorded by top musical artists like Della Reese, for whom he wrote “Haunted Ballroom” which was a big hit for Della, and according to her, one of her favorite songs to perform. Other artists include,  Frankie Valli , Bobby Sherman, O.C. Smith, Willy Bobo,  Chad Everette, Peter Lemongello, Jack Sheldon, Michael Katakis, Waldorf Salad, Pine Street Market Band, The Pretty People, and Weaver Copeland and many, many more.
Milo has again recently received new acclaim for his lyrics for David Basse's "Strike While the Iron's Hot" in jazz cirlcles worldwide. Paulette McWilliams received a Grammy nomination for “Best New Artist” for her album with Milo‘s arrangements.
Television credits include:
Hanna Barbera, The Morey Amsterdam Show, The Art Linkletter Show, The Merv Griffin Show, and back in the 50‘s Milo was cast as a singer on the Milton Berle show and Milton called him his protégé.
Last but definitely not least, Milo is an award winning Jingle composer. He has written jingles for, Chevrolet, Mrs. Fields Cookies, Unocal, Perrier, Levis, Hebrew National, Dad’s Root Beer, The Atlanta Braves-Theme Song, Crusty’s Pizza, Burger King….the list goes on and on.
Miloangelo  has been a personal friend of Talbot and Richard’s, since 1975. In 1985 he was the musical director for, The Venture Theater Improvisational Group, at Richard’s, Venture Theatre. Milo has  watched the project of “Still the Drums” grow from almost it’s initial origin. In 2000, Talbot had actors go to Milo’s home in Palm Springs and read the screenplay in his living room. It was shortly after that experience that Milo came out of retirement (for the tenth time) to compose the original music  entitled “Jackie’s Theme“, for the motion picture, “Still the Drums”.
It was Milo that first introduced Talbot to Jim Hughart when he agreed to do the orchestration ovr 13 years ago when this project was just an idea. Milo is very happy to be working on the movie “Still the Drums” and especially with his long time friends Talbot and Richard, two very dedicated artists. 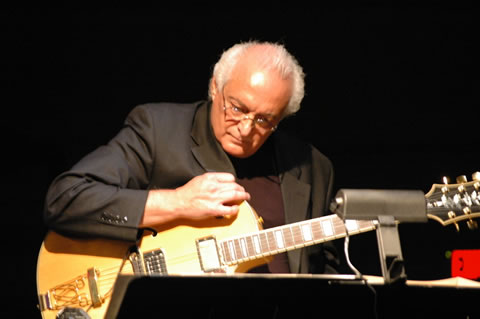 Click on John's name to see his
list of music credits at AllMusic.
Guitarist and composer John Chiodini has been playing lead guitar for the biggest recording artists in the music business since the early 1970's. John began his performing career in clubs, recording studios and theaters throughout the New England area. He has performed with the Boston Pops Orchestra under the direction of Arthur Fiedler and he toured and recorded with Buddy DeFranco.
In 1980, he relocated to Los Angeles where he wrote, recorded and toured with Peggy Lee.

In 1987, John released his first recording for MCA entitled

Weightless” which was critically acclaimed.

Some of the other artists with whom John has toured and

As a top studio muscian and session player in Los Angeles,

John has numerous Motion Picture and TV credits and he continues

to write, perform and tour with today's greatest known artists.
Click on John's name above to see his phenomenal list of music credits at AllMusic. 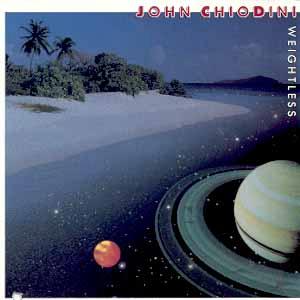 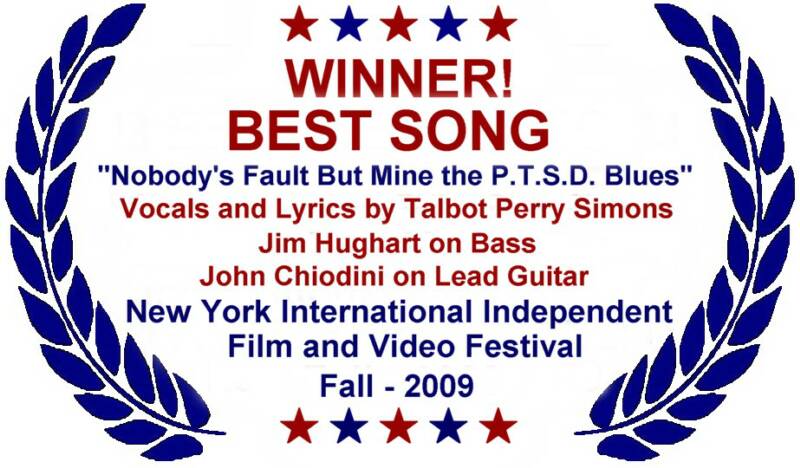 FILM ORCHESTRATION
Jim Hughart
Jim Hughart has played bass for just about every major American vocalist that has crooned a note for the last fifty years. Mr. Hughart was honored by NARAS (National Academy of Recording Arts and Sciences) which presented him with the annual MVP (Most Valuable Player) Award the maximum of three times, resulting in his receiving the prestigious MVP Emeritus Award. One of the best known names within the music industry, Jim Hughart, acoustic and electric bassist, has been a mainstay in the recording studios since the 1960's. Like so many of the top studio musicians, he's a virtuoso jazz great in his own right, and he can be relied on to play any and all the styles in the studios, from classical to funk. He's been Ella's bassist, and Ellington's and Sinatra's, and he's had long associations with everyone from Joe Pass to Tom Waits.
A small sample of the artists he's worked with: Oscar Peterson, Roy Clark, Johnny Rivers, Joni Mitchell, Sonny Stitt, the Beach Boys, Barney Kessel, Boz Scaggs, Lou Rawls, Adam Sandler, Peggy Lee, Wayne Newton, Nina Simone, David Axelrod, Sammy Davis Jr., Terry Gibbs, Tim Buckley, Rosemary Clooney, Milt Jackson, Barbra Streisand, Warne Marsh, Burt Bacharach, Joan Baez, Carmer McRae, Aaron Neville, Buddy Collette, Tony Bennett, Cannonball Adderley, the Osmonds, and Tori Amos.
Trivia experts will want to note that he is probably the only musician who resigned from Sinatra's band twice (but under friendly circumstances both times!).
Born into a family of professional musicians in Minneapolis, Minnesota. He began his music studies at the age of five, studying piano with the renowned teacher, Estelle Bastien. He earned a Bachelor's Degree in Music Theory from the University of Minnesota. After graduation, he was drafted into the Army where he traveled throughout Europe for two years performing with the 7th Army Symphony Orchestra.
After his discharge from the Army, he joined Ella Fitzgerald, with whom he toured for three years. He settled in Southern California and has been very active in the recording studios since 1968, having participated in over 200 record albums, 300 motion picture scores, and countless television shows.
Some of the vocal artists with whom Hughart has performed and/or recorded are: Frank Sinatra, Natalie Cole, Joe Williams, Carmen McRae, Betty Carter, Tony Bennett, Peggy Lee, Sammy Davis, Jr., Steve Lawrence and Edye Gorme, Barbra Streisand, Lou Rawls, Singers Unlimited, Hi-Lo's, Diana Ross, Liza Minelli, Michael Feinstein, Joni Mitchell, Tom Waits, Diane Shuur, Joao Gilberto, Blossom Dearie, Joan Baez, Vikki Carr, Rosemary Clooney, and many others.
Some of the instrumental artists with whom he has performed and/or recorded are: Joe Pass, Oscar Peterson, Harry "Sweets" Edison, Tommy Flanagan, Jack Sheldon, Dave Marsh, Toots Thielemans, Buddy Collette, Frank Rosolino, Louie Bellson, Terry Gibbs, Herb Alpert, Johnny Smith, Jimmy Rowles, John Pisano, Sonny Stitt, Dave Grusin, Hubert Laws, Patrick Williams, Tom Scott, Bill Holman Big Band, Capp-Pierce Juggernaut, Supersax, Bob Florence Limited Edition, Glendale Symphony Orchestra, American Jazz Philharmonic and many others. 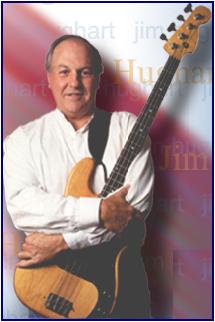 Talbot chose all of the music for "Still the Drums". He wrote the lyrics played the harmonica and did the vocals for the award winning Best Song, "Nobody's Fault But Mine the P.T.S.D. Blues". He also did the harmonica solo of the Marine Hymn ("The Halls of Montezuma") for the movie. Talbot has always had a knack for music and can prtetty much pick up any instrument and play it to some extent. A perfect example of this is his harmonica playing for the movie. Before this project he never played the harmonica other than picking it up and blowing some notes along with a song, which is how he wound up choosing to do a remake for his film of the old gospel tune "It's Nobody's Fault But Mine" by Blind Willie Johnson (1927-BMI), it was a song that he was able to play along with on the harmonica pretty well and realized that with different lyrics the song could work for a soldier suffering from P.T.s.D., so he wrote lyrics to match his story and then did the vocals and the harmonica. He has had a musical background since he was a child. Beginning with learning to play the clarinet back in the third grade. In the 7th grade in Jr. high school he tested for and was accepted into the school's music class and soon switched over to playing the trumpet and became a member of the school orchestra. Later, at James Monroe H.S. in the Bronx, he continued on in the school's music class as a member of both the school band and orchestra. His school orchestra was noted as being one of the best in all of New York City.  He was always looking for new ways to express himself musically and when in music class he would sometimes play different instruments during band practice like the melophone (E flat Horn) the French Horn and the Baritone Horn. He's dabble with and owned a picolo, flute, flagolet, saxaphone, xylophone, guitar, drums and a piano and if he wasn't an actor he would say he was a frustrated musician. Talbot feels that he was very fortunate to have top music pros like Jim Hughart, John Chiodini and Miloangelo Adamo to work with. 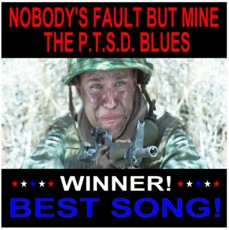 CD BABY     iTunes
E-MUSIC
LIMEWIRE   ON THE RADIO
AMAZON
AT THESE SITES
LISTEN TO
FREE PREVIEW
OF THE BEST SONG
or
DOWNLOAD
For ONLY .99 cents

NOBODY'S FAULT BUT MINE THE P.T.S.D. BLUES" - BMI
Talbot, I love your song. To the point, straight ahead.
Not slick. It's raw simple approach is the charm.  Cool!
...  Joey Spampinato - NRBQ Blues Band
100%
OF THE PROCEEDS
FROM THE BEST SONG
WILL BE
DONATED TO CHARITY!
3 TIME NARAS MVP
PRESTIGIOUS
MVP EMERITUS AWARD
MUSIC - ON/OFF